Home   ›   Briefs   ›   About the Enthusiastic Multiplication of Spaceports Worldwide

About the Enthusiastic Multiplication of Spaceports Worldwide

A spaceport is defined as a ground base from which space-capable vehicles are launched either towards different orbits in outer space or to suborbital trajectories. Considered as key sovereignty assets, spaceports were historically funded by governments as part of their autonomous or independent access to space strategies. Still today, major spaceports are in general largely financially supported by public authorities (e.g. Europe’s Spaceport in French Guyana; Kennedy Space Centre and Vandenberg Air Force Base in the US, etc.) and only a few commercial spaceports are in operation.

Over the last few years though, spaceports have increasingly raised a new type of interest from private companies eager to rely on their own infrastructure to provide commercial launch services. As a consequence the number of spaceport projects has increased over the last years. This new generation of spaceports is not comparable to those that have been established decades ago in terms of size and operations. As a matter of fact, they mostly target specific sub-segments of the commercial space transportation market and more specifically new markets such as space tourism and launch services offered by small launchers.

The expected boost of the commercial space business – especially regarding small satellites – as well as the potential emergence of a commercial spaceflight market, are game changers in the realm of access to space. These foreseen emerging markets have consequences on the ground segments and launch facilities. Indeed, from a business model perspective, an increased offer of low-cost space transportation services will require more cost-effective and flexible launch sites than the historical onesin order to be profitable.

Forecasted demand for such services certainly is the major driving force at work here and the anticipation of various forms of return on investment (creation of new commercial opportunities in somewhat remote areas, development of land-based tourism, regional branding, etc.) motivates some governments or local authorities to provide legal and financial support to stimulate the development of such projects.

Beyond economic considerations, the appeal of an access to space – however limited – is probably a subsidiary motivation behind some governments’ initiatives.

3. A great amount of new projects

Currently, the major commercial spaceport is Spaceport America based in the Jordana Del Muerto desert basin in New Mexico (U.S.A.). It is the first purpose-built commercial spaceport, whose principal tenants are Google for its SkyBender drone project, UP Aerospace targeting small satellites launches with the support of NASA, Virgin Galactic for its SpaceShip operations, the X-Prize foundation and –perhaps most importantly – SpaceX.

Several other spaceports, either recently built or leased, are currently used for commercial purposes in the U.S.: Mojave Air & Space Port in California, the Blue Origin launch facilities near Van Horn, Texas as well as the Launch Complex 36 in Cape Canaveral, Florida, and many more. Outside the U.S., Canada, for example, is currently planning a new spaceport in Nova Scotia.

European continental soil also hosts a number of spaceport projects, mostly focusing on suborbital flights, including for example Kiruna (Esrange Space Center) in Sweden and Andoya in Norway. In recent years new initiatives have also been introduced in the United Kingdom and Italy who are also considering the possibility of setting up a spaceport.

It can be expected that proven new launch services addressing existing space markets such as those proposed by SpaceX – which require full control of operations – will likely get the financial backing to carry out their spaceport projects. The success of their future exploitation will strongly depend on the commercial success of the services they offer.

A more speculative area of focus for many other initiatives is related to the expected growth of small satellites industry and space tourism. At this point in time, the increase of small satellites programmes observed worldwide over the last few years is likely to continue. However, it remains to be seen whether a market for individual launches of small satellites by small launchers will meet the expected success. As a matter of fact, at the moment, the launch strategy of smallsats-operators is either tolaunch in batches or as piggy back of larger missions. Although (quasi-)individual launches by small launchers might come at a later stage, dictated by operational constraints, this segment of the market remains somewhat speculative. Similar doubts arise for the space tourism sector as companies engaged in this market still fail to meet the initial milestones planned a decade ago.

5. Towards a new paradigm for launch sites?

Sovereignty and independent access to space has been the main – if not the sole – driver behind the development of the major launch bases currently in operation. Economic rationale did not play a major role in the motivation of governments to invest public money in such facilities, and their exploitation actually constitutes a financial burden accepted on pure political and strategic grounds.

The emergence of a new type of launch sites – based on the assumption of a profitable exploitation of new space transportation systems – implies a change of paradigm in which what used to be a costly public infrastructure could become a commercial source of profit. It is clear that private operators will necessarily implement radical optimisations to drive down exploitation costs of such a new generation of spaceports. However, stakes are quite high since the prospects for the targeted market segmentsremain rather uncertain raising questions about the potential profitability and sustainability of commercially-driven spaceports with limited or no public support. 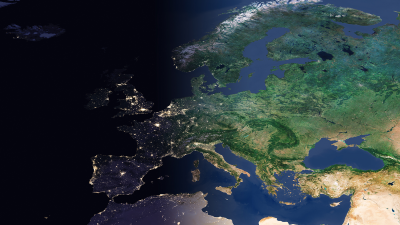