Meteosat – A Successful Model of European Cooperation in Space

The antepenultimate flight of Ariane 5 on December 13th, 2022, carried on-board MTG-I1, the first in the series of third-generation Meteosat (MTG) satelliltes, operated by EUMETSAT.

To be fully deployed over the upcoming decade, the third generation of the Meteosat programme will consist of 6 geostationary satellites (4 MTG-Imagers and 2 MTG-Sounders), with radically improved instruments alongside completely novel ones for both Europe (Lightning Imager) and worldwide (Infrared Sounder),

Leveraging these capabilities, the new system will:

1.Timeline of past, current and planned Meteosat satellites (from launch date to end of service provision)

On the upstream side of things, Meteosat spacecraft have been traditionally designed and manufactured by European industry and launched on European launch vehicles (apart from the very first Meteosat-1 in 1977), ensuring that the expenditures covered by European taxpayer are spent in Europe, fostering domestic industrial capabilities. 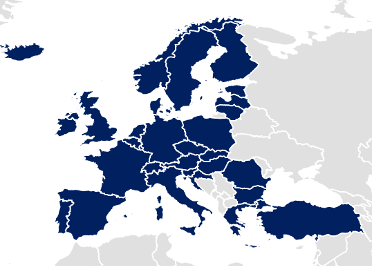 b)  Extraordinary stability of 38 years of ESA & EUMETSAT partnership

The very first approval of the Meteosat programme dates back to 1972 under the ESRO framework. Originally an ESRO/ESA programme, the creation of EUMETSAT in 1986 to take over the functions of operation and exploitation of spacecraft, initiated an interinstitutional cooperation, which has persisted till today, with a confirmed vision of initiating the work on Meteosat Fourth Generation satellites.

The approx. €4.4 billion budget of the overall MTG programme is split between EUMETSAT (€3 billion) and ESA (€1.4 billion). The ESA-EUMETSAT cooperation is based on a clear responsibility sharing, leveraging unique strengths and expertise of the two organisations

The MTG programme also has an EU component, as it is also serving as host for a mission of the EU Copernicus programme with a specific payload (UVN imaging spectrometer), which is also developed by ESA, providing the Sentinel 4 mission (Sentinel-4A & 4B).

EUMETSAT budget, which fuels ~70% of investments in MTG, is generally covered by fees originating in member states’ national authorities representing the beneficiaries of the system, e.g.:

This underlines a prominent role of users in funding the space infrastructure required to serve their needs. This is further strengthened by integration of national organisations in defining the requirements for programme’s next generations.

While some of the capabilities of MTG have also been developed by other states, the distinctive combination of MTG’s multiple sensors will equip Europe with a world-leading infrastructure.

Internationally, the field of geostationary satellite meteorology is a small club, built around the premise of data exchange. Apart from Europe, only 6 other actors – USA, Russia, China, India, Japan & South Korea – operate meteorological spacecraft in the GEO belt. The coordination among them is ensured by WMO, a specialised UN agency. This UN umbrella greatly contributes to the abililty of this model to endure the challenging geopolical environment and sustain operational data sharing.

Another element of Meteosat’s international role is enabled by the traditional location of satellites at 0° longitude, which make them ideally located over the African continent. Coordinated EU-EUMETSAT efforts has already focused significant resources, ranging from ground infrastructure to awarenenss & training, to enhance the exploitation of Meteosat data by African weather and climate services.

In 2021, EUMETSAT released a new comprehensive strategy. Beyond the deployment of the next-generation satellites in GEO (MTG) and LEO (EPS-SG) orbits, the strategy also sets the priorities to “continue and strengthen cooperation with the EU and space agencies worldwide”, and to “strengthen EUMETSAT’s flexibility, efficiency, and innovative spirit in order to be ready for the challenges ahead”.

Current trends in the space sector indeed raise a few challenges and opportunities to a successful implementation of this strategy and to the evolution of Europe’s satellite meteorology in the long run:

4.     Lessons from the Meteosat model

The deepening socio-economic relevance of space, which spurs new connections between the space sector and a) other industrial sectors; and b) major public policies, will continue to the drive the interest of public actors to develop and operate space infrastructures.

In finding the right models on the way forward, the achievements of the Meteosat model shall serve as a viable reference when defining future space operational programmes, in terms of: