Emergence of smaller and affordable spacecraft through the cubesat concept has contributed to the NewSpace sectorial dynamic and progressive evolution of the small satellite market, contrasting with the escalation of satellites size, weight and capabilities witnessed until the late 1990s. Cubesats belong to the family of small satellites: they weigh between 1 and 10kg, they aredesigned and manufactured in 1 or more standardized units of 10x10x10cm and operate generally at lower orbits. Affordability of designing (open source), manufacturing, launching and operating cubesats led many non-traditional actors to pursue cubesat missions, mainly for education and technology demonstration purposes. This affordability, accompanied by advances in related R&D(e.g. components and sub-systems miniaturisation), led more (traditional and non-traditional)actors to engage with cubesats, having in mind civil, military or commercial interest to accomplish more sophisticated objectives in science, earth observation, communication, technology testing oreven military operations support.

The use of cubesats to provide commercial services has skyrocketed and future outlook counts with number of proposed large cubesat constellations. Statistically, cubesats have been dominating the small satellite market with regards to number of objects launched (more than 800 since 2012 as of writing this paper). Despite this outstanding number, cubesats represent, however, a marginal portion of the mass launched to space. Interestingly, the aforementioned upward trend concerning size and capabilities of the traditional satellite market is now impacting cubesats. 1U or 2U designs, which were originally favoured until 2014, are now surpassed by a growing utilization of larger (3U, 6U, 12U…) designs, which allow for improved capabilities. With such limited size and weight, cubesats cannot match the capabilities of larger traditional satellites, but, with new system architectures (e.g. disaggregated constellations), they can enable new applications and services.Their affordability, simplicity and standardised design also makes them increasingly relevant for technology demonstration and quick access to space.

One issue that the cubesat community has been struggling to overcome to further improve and extend the range of cubesat capabilities is the development of low-risk, affordable and effectiveminiaturized propulsion methods to enhance manoeuvrability. Basic steering instruments currently used, such as reaction wheels, offer limited capacity to move the spacecraft. Advanced propulsion systems, comparable to those used for traditional satellites, be it electrical or chemical, have not yet been, economically and technologically speaking, effectively scaled down to a cubesat utilization level. Relevance of propulsion issue is amplifying with a range of new concepts progressing to high TRLs, with some already commercially available. European-led initiatives in this domain include R&D at a number of European universities, ESA funding to cubesat missions under the General Support Technology Programme (e.g. to GomSpace / NanoSpace), EU’s FP7-Space- or Horizon 2020-funded projects, or emerging cubesat propulsion concepts of several European private space companies, such as Enpulsion (AT), D-Orbit (IT), NanoAvionics (LT) or Mars Space and Clyde Space (UK). The integration of propulsion sub-systems on cubesats can “ESPI BRIEFS” No. 25 Will maturing cubesat propulsion call for more regulation?“ESPI Briefs” 25, October 2018effectively answer three primary questions – station keeping, orbit modification and de-orbiting. Beyond the opportunities that advanced propulsion generates for new cubesat applications, it also raises a number of new issues related to cubesat operations in orbit.

Increasing private investments in space ventures, in addition to current market dynamics andgrowing governmental interest will likely mean that cubesat utilization landscape continue to thrive. The growing number of these tiny spacecraft, augmented by new capabilities and potentially advanced manoeuvrability possibilities will have a significant impact on a number of security issues:

• Access to space security: Application of traditional propulsion methods, potentially unstable mixed liquid fuel and oxidizer, is posing risks to other rocket payloads when cubesats are launched in piggyback or ridesharing arrangements, which are being mostly utilized by cubesat missions today.

• Security in outer space: Growing number of manoeuvrable cubesats will have implications for space environment protection and preservation (SEPP), space situational awareness(SSA) and space traffic management (STM). On one hand, advanced propulsion can provide de-orbiting solutions to adhere by debris mitigation guidelines, but may, at the same time,create new risks in case of intentional or unintentional irresponsible behaviour of an operator. Tracking cubesats with current SSA capabilities, particularly in higher orbits, is alsochallenging and these objects are still mostly non-manoeuvrable and tracked as such.

• Cybersecurity: With more options to move the spacecraft, related cyber topics, such as the necessity of encrypting TT&C channels (to prevent potential hacking), gain in magnitude.

• In-orbit operations and space defence: Improved manoeuvrability also opens up numerous prospective applications based on rendezvous and proximity operations (RPOs) such as in-orbit servicing, inspection, maintenance, active debris removal… Beyond the commercial potential, these applications have implications in the field of space defence. The increased mobility of cubesats, whose detection and tracking pose challenges (and whose capabilities continue to expand), is increasingly perceived as a plausible ‘space control’ mean if such improved capabilities are used for satellite inspection, espionage or hypothetically also deliberate utilization as co-orbital ASAT devices.

4. What’s next for policy-making?

The anticipated security issues resulting from the emergence of new cubesat capabilities and improved manoeuvrability will presumably compel new space security policy and regulatory developments. Updating and enforcing applicable regulations (which remains in the hands of governments) may impact the business perspectives and weaken the promising market dynamicsof cubesats if commercial aspects are not properly taken into account. Some public-led reflections are already in progress (e.g. in the U.S.) and industry auto-regulation initiatives are emerging.

The evolution of cubesat utilization has thus a multifaceted impact, producing novel application opportunities while bringing about new issues for consideration. Hence, future policy making will need to find the appropriate balance between, on one hand, supporting the expansion of cubesat utilization, which raises clear commercial and governmental civil and military interests, and, on the other hand, taking up security challenges arising from current and foreseen developments. In the short term, nationally-led approaches seem to be progressing faster than multilateral engagements. However, due to wide-ranging relevance of the evolving cubesat utilization landscape, aconvergence at international level will be desirable at some point to foster the harmonization ofpotentially differing national regulations, standards and guidelines towards a shared framework 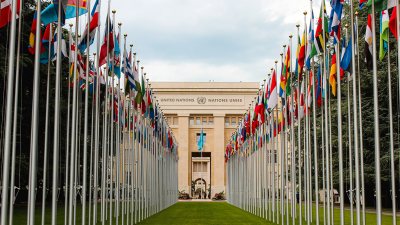